Sunday night after the tournament was the Banquet farewell party. A chance to get dressed up, give out little gifts and have a few drinks and social time with the people we got to meet and compete with over the weekend.

Because the tournament finished a few hours late, we only had about an hour to get ready by the time we got back to our hotels. Luckily the venue was only about a 4 minute walk, about and 8 minute walk for me as I was hobbling the whole way. I wore the same dress that i wore to my high school formal.  I was so happy I had another chance to wear it.  However, my foot was so swollen it wouldn’t fit into my fancy shoes.  It was probably a good thing, I don’t think my ankle would have held up. So I wore some slip on flats instead, which was a lot more comfortable.

Most people got quite dressed up, even the little ones and a lot of the Japanese girls were wearing kimono which was great.  I wasn’t expecting them to wear those kinda dresses i dont know why, but I just wasn’t. It was great to see all those pretty dresses, and it was weird to see some of the guys dressed all fancy, especially being so used to seeing everyone in gis all the time.  Sometimes you think they dont actually have other human clothes or is that just me…….. 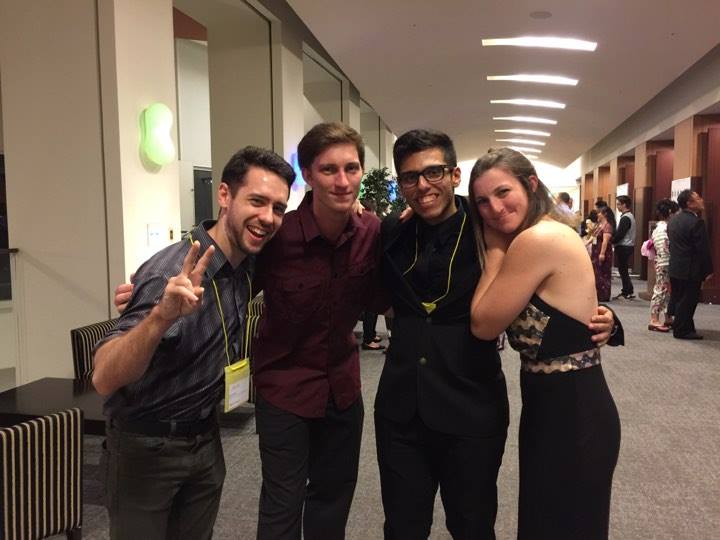 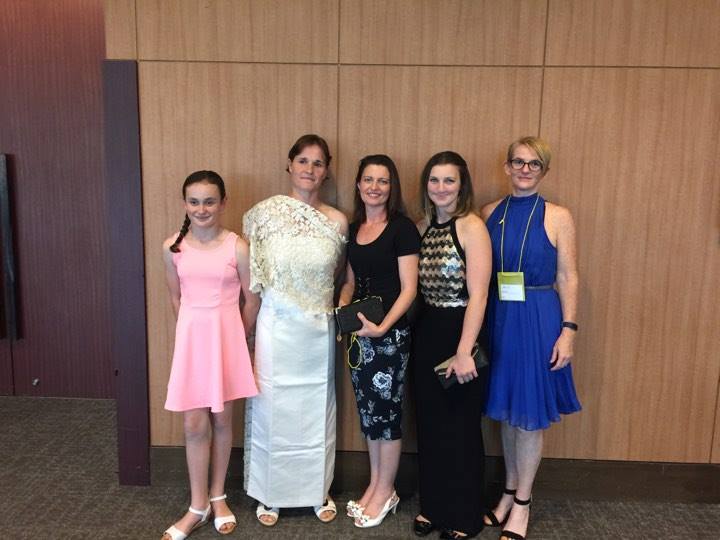 So we got to the venue and had a bit of social time before we actually went in and got seated, everyone was so tired and worn out. I was hoping to have a quick nap before the banquet but sadly had no time for that. Nozomi Satake came up to me and started chatting, Miyazaki Sensei’s daughter.  At first i didn’t actually know who she was, but she could speak English so I was thinking… she wasn’t in any of my divisions today.  I was confused at first, then it just clicked, oh right you’re Miyazaki Sensei’s daughter. I felt horrible that I forgot her face, she is such a lovely person.  Thankfully it didn’t take me long to place her, then I could talk to her normally like I knew who she was.  I was fortunate enough to grab a photo with her and her beautiful family. Later on in the night I was again fortunate enough to hold her 7 month old baby, who didn’t cry or was bothered that I was holding her. 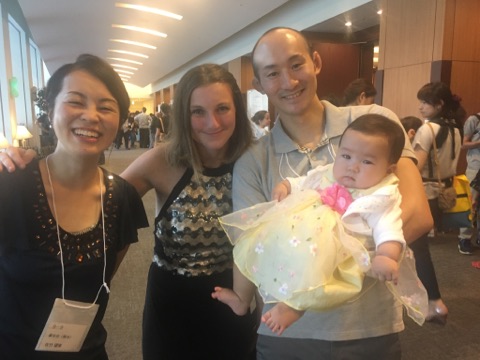 When we were first seated we ware at set at tables from each dojo.  We had a table of the competitors and a table of supporters.  The supporters table was more mixed with other supporters from other places. We started of with a historical video about how the Chito-Ryu style came to be, also about the first generation Soke and the next generation Soke, and about Elvis Presley again.

We then had a few speeches,  just telling us to party and just a few finishing words to conclude the big weekend that came and went so fast. After the speeches beer was handed out to each table, probably not the best thing to come out first… Then a few nibbles were handed out to each table, some fish and chicken and sushi and so on. After a few glasses of beer Renae and I decided to get up and socialize, mainly handing out little gifts to the kids, we got way too much in return though.  Who needs to go souviener shopping now, done and dusted.  We however ran out of things so give back to them so quickly, started feeling bad about taking things and not giving anything back, but they really didnt care. We were lucky enough to squeeze some photo’s in with them. 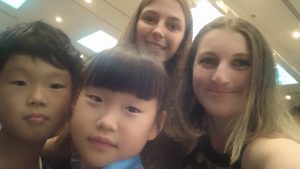 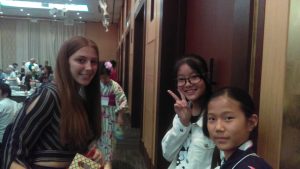 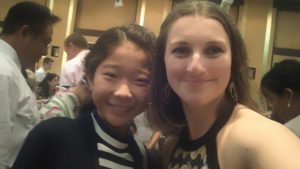 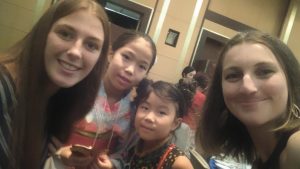 It was a lot of fun going around and talking to people.  It ended way to quickly though only felt like 30 minutes.  I kind of didn’t want it to end. I was asked to do a shot of beer well a few shots of beer with the Canadians, how could i turn them down.  Afterwards though, I had to sit down. Also don’t know if it was a good idea or not, but Sam, Keanu and I did a bit of a team kata with Kihon kata San out in the lobby, was actually quite good considering Sam and I had, had a bit to drink. They weren’t up for doing chinto though 🙁

By this stage, everyone coming out saying their good-byes and giving their last hugs. A few of us were keen to go out for a bit of a bigger night, we followed some of the Canadians to a bar were we chilled out for a bit and had a few drinks mainly just talking and laughing a lot.  After that shut we hit a karaoke club, definitely not a good idea.  I dont know how but I ended up signing two songs, mocking bird by Eminem and eye of the tiger.  I don’t know how I got myself into that mess. It was great though, to see everyone trying to read the words on the screen.

Yeah time for me to call it a night, Sam was nice enough to take me back to the hotel, thank you. It was a great and eventful night, was a bit sad though saying good bye, mainly knowing that I would be going back home soon and to be honest I dont want to go back home.  I was loving it in Japan probably the only thing i was missing was my sister, but otherwise I could have stayed there for a lot longer. But I can leave knowing that I’ve probably had the best, most adventurous three weeks of my life.  Meeting so many new amazing people, finding my way around, training in many other dojos lots has happened in the past 3 and a bit weeks, very eventful.

But it’s time to go back home, to family work, karate training and well all the other stuff, operations, navy training and friends birthdays that I need to catch up on. Thank you everyone for everything while I’ve been over here. Got to go get on another flight.