About 25 minutes into seiza… due to finish up any second now.  It doesn’t even hurt anymore, yes uncomfortable, but not painful and no numb feet. Thank god the seiza is getting easier and I’m not dreading it so much.

Just the usual morning session, stepping, kicking, speed laps, and kata. But to finish up, we did some bunkai – nesashi bunkai and henshuho. I was with Todd Sensei which was quite insightful, even though I felt like was practically doing everything wrong, hahaha. He taught me some tiny little detailed thing that really helped and made me put in less effort. Just things like lift the arm higher and hold the arm in a particular place.

I was thrown quite a few times surprisingly didn’t hurt so much considering it was on wooden floor.  The first throw I was so scared, falling to the floor, screwed up face ready to hit the ground, when suddenly it just stopped I was caught about an inch from the floor from Todd Sensei. He doesn’t like throwing on wooden floor as it is dangerous. He did let me go down a few times, but wasn’t hard at all.

During the day, I took Sam up to the golf driving range to hit some balls. Luckily, it was quite a quick walk, now that I knew where to go. When we got there, it was simple for Sam to say what we wanted just pointed to the sign and said two. That didn’t work for me the last time though haha.  About 3 minutes later we had our stuff and was heading to our golf platforms.  Last time it took 20 minutes for me to get there, oh well I got a free ice coffee hehe.

Of course, my ball machine was broken, I don’t know if this place likes me or hates me.  As I went down to tell them they gave me another coin for 50 balls and a new platform. So, we got to use the balls that I had already put in the broken one, so instead of 50 each we got roughly 70 each, yay. I hit some pretty good shots this time, got to about 150m a few times, turning into a pro.  Then again, I hit some pretty awful ones as well. Sam seemed like he had it all sorted out, hitting the top of the net and over the 200m lines. 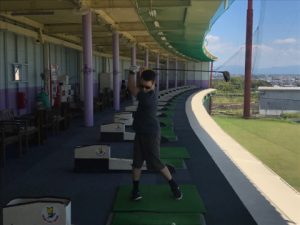 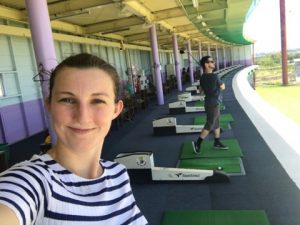 After that we headed back towards home through the park and walked into mister donut.  I couldn’t resist having another mango sorbet cup. After that though and eating the ice out of my water I was freezing cold sitting in the aircon. I was actually looking forward to going back in the heat, but I knew as soon as I got out there I would want to go back into the aircon. 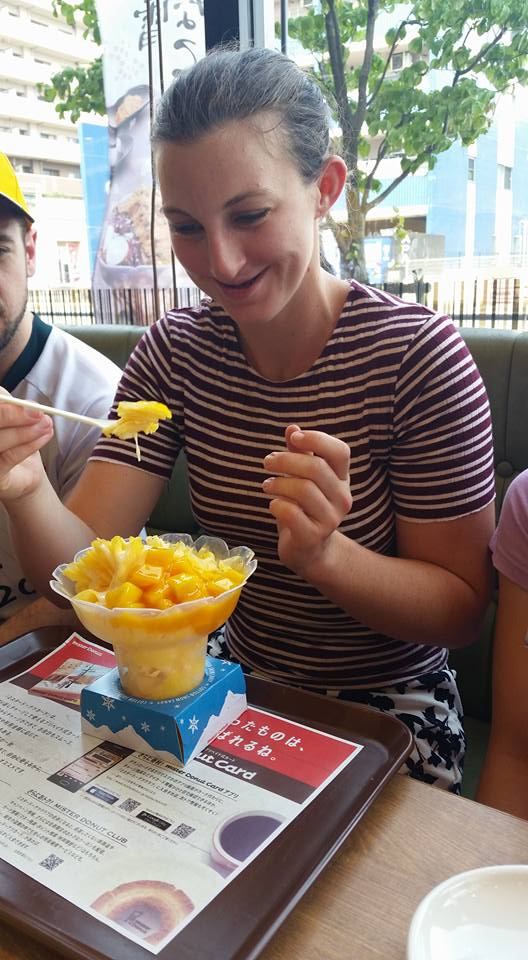 As we walk out the heat hits us like a brick wall, I’m quite used to the heat now, it’s just like a hot summer day at home. But the sun, it’s like a vampire walking into the sun it feels like you’re on fire, the first week while we were here it was pretty much cloudy every day only really started getting sunny Saturday when Helen arrived. We have been using umbrellas, which I highly recommend getting one that you can fit in your back pack, they are very handy if you’re going be out adventuring all day.

On the way home, we picked up some more food supplies, drinks and food and popcorn yummy. I had a shower when we got home because it was so sweaty.  Then we sat down in the aircon, popped the popcorn and watched Rogue One, as we still had a few hours before Kobudo training. I kind of fell asleep in Sam’s room for a while and didn’t get to see the end of the movie, but it’s hard keeping your eyes open when you’re really exhausted, so I let myself get some sleep.  Hopefully I didn’t disturb Sam too much as he was still watching the end of the movie. Apparently, I move around a lot, sorry.

At 7:40 we got picked up for our Wednesday night kobudo training at the hall.  We were working more on the demonstration for the Soke Cup, working hard as there a chance I might have to perform it at the Soke Cup with the Australian team, not quite sure yet as nothing has been confirmed but we are all training as though we are doing the demonstration. Going into more detail instead of just memorizing the sequence. Which we are very lucky to be getting that kind of treatment, and going through basic’s 1 to 15.  I’m loving going through the basic’s, I find them very enjoyable and fun to work on.

My eye. Urgghhhhh was hurting a lot again during the training, I was like one eye willy.  I kept it closed pretty much the whole training. It was pretty bad the pain of just looking, just constant aching. Really frustrated me as, my eye was feeling perfectly fine for the past two days straight, without any dramas at all. 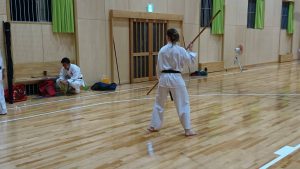 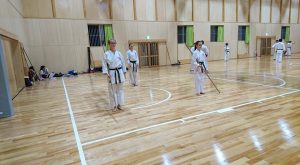 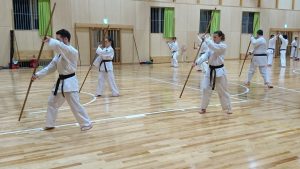 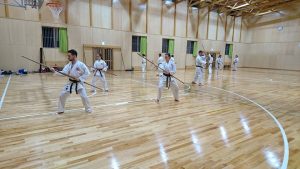 Because of my eye, we skipped out on the Thursday morning park training.  I was very much looking forward to it, but I think my eye needed some rest. Early in the morning I got up and got an ice pack for my eye, the pain was so bad I just wanted it to go away and was hoping the ice helped. After an hour or two of holding it there it started feeling better just in time for our 10-12 Kobudo training.  It was still annoying to train with, as it was quite distracting but you just work through it.  I was looking forward to the end of class though just to rest my eye and not have to look around so much.  But I didn’t want it to end because it was bo training.

After breakfast/lunch or as the hobbits say second breakfast, we found ourselves sharing our bruises stories and we all had a few identical bruises.  We’ve working hard of course and got some battle scars to prove it, mainly bruises on the elbows, hips and back. And a few weird ones that we have no idea how we could have gotten them, but then again Steven has been kicking people in his sleep and Sami’s been like a sleeping ninja at times.

Helen, Sam and I headed out for something to do.  We went to the city centre, thought it might be a good chance look at some shoes, shirts and souvenirs. We took the train to the end of the line and caught the tram into the city. Was very handy and a lot better than walking when your feet are trying to sabotage you.

We got some Maccas for the first time since being in Japan.  I actually quite enjoyed it, it was nice trying something that you know.  It wa a little weird as they put your drink in a bag as well. I got handed a plastic bag with two brown paper bags in it.  At first, I was like god what did I actually order, that’s a lot of food.  But in one of them was of them was my drink.  A bit weird but okay.

We then headed to the big department store which was mainly designer clothes so was quite expensive, but we did find a bit of a Kumamon souvenir section.  We also found a second hand shop, where we seen some beautiful shoes and also found a $300 shirt, in a second hand shop. Sam should have bought those shoes, they would of looked so nice with his outfit for the banquet. 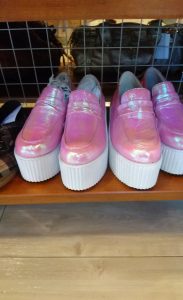 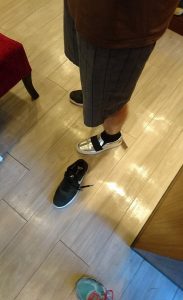 After a bit of looking around we decided to head home, we had training in two hours and wanted to rest and eat beforehand. It was good getting out even just for a bit of a walk around and look at some different scenery. It was great getting back and just putting our feet up in the air-con though. I got a little bit of sleep till Sam woke me saying it was time for training.

We went downstairs a bit early to have a bit of a pre-training chat and mess around. We had a warm up then Sensai Sandra took over taking us through Kata, focusing on eye’s, knees and pull back.  We then partnered up and took turns doing kata, with the other person checking  their stability, giving a poke every now and then.  There were a few areas of kata where I could strengthen my stance, mainly kosa dachi. I got to partner up with Misaki san I think her name was, she is a Tokyo champion in Kumite and Kata, so it was a little bit intimidating performing in front of her.  It was also amazing to watch her perform her kata, it was quite entertaining to watch, the speed, accuracy, smooth transition. I felt very lucky to be able to train with her and have her give me some pointers and tips.

It was another fun and enjoyable day, with a nice ride on the Kumamon Train. 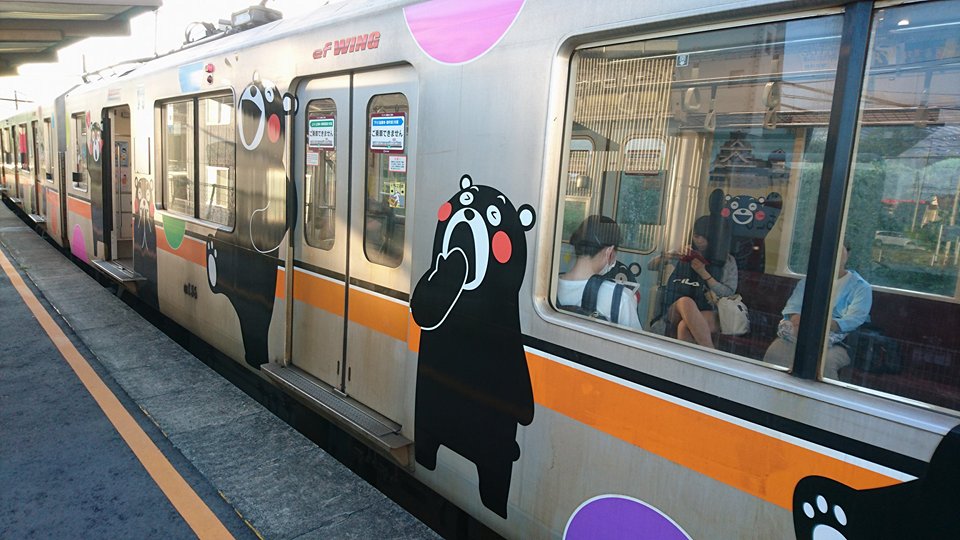 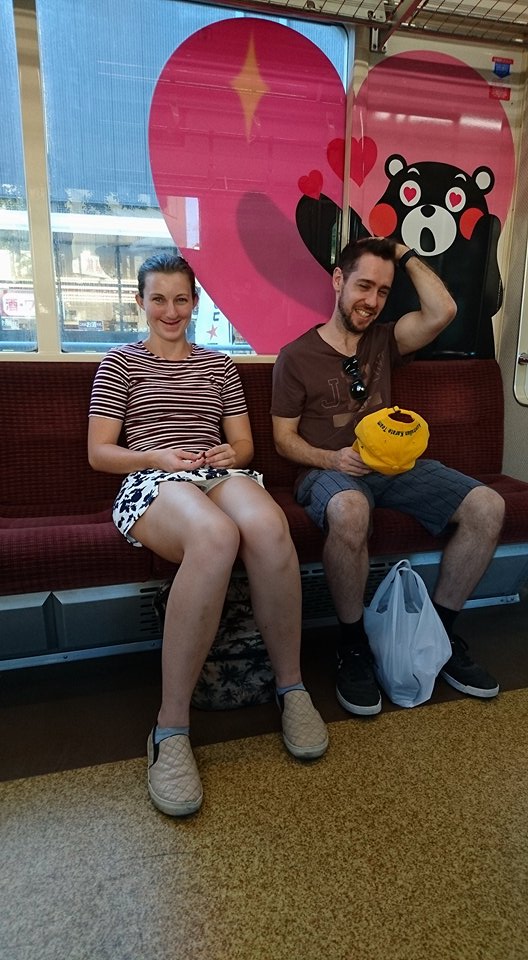 Friday Morning, possibly out last morning session with Soke Sensei, depending how bad the typhoon is. Yes, there will be a typhoon hitting here Saturday night mainly Sunday, deja-vu same thing happened last Soke Cup in Hong Kong.  We were all hotel bound for a whole day in Hong Kong. Looks like we will be Sohonbu bound for the whole of Sunday, kind of messed up our weekend plans but oh well, it will be interesting.  Hopefully it doesn’t scare Steven too much we will take care of him though. 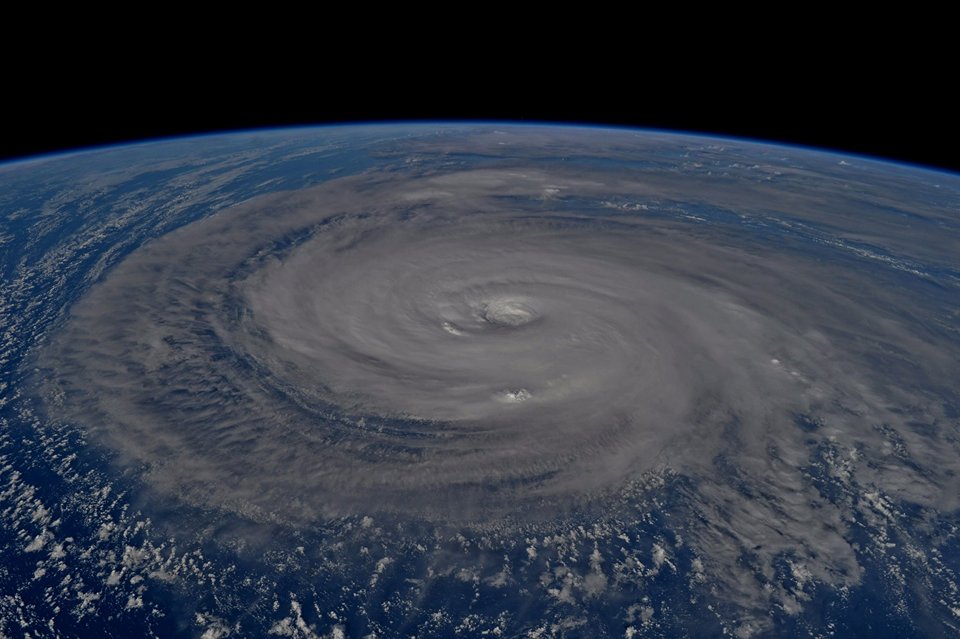 Again, the same morning session as usual, but for the end part we got to get into partners and one would hold a wooden knife/sword, they would step forward and either stab or slice down. It was our job to block or disarm the attack and finish up with a counter. This was weird, I’ve never done an exercise like this before, it wasn’t too hard, but at the same time, hard to come up with different ways of countering. At one stage, I pretty much did the same thing three times in a row.  I thought I might mix it up a bit so I engaged as it was coming and took Sam of balance, it took him a bit by surprise I think too. My turn to slice him up, he had a few different blocks and counters than me.  I wanted to try out as well.  I think he possibly could have got cut a few times though. This exercise was a lot of fun to work with, its good doing different things every now and then.

I can’t believe it’s already Friday.  I feels like it should still be Tuesday.  These past two weeks have gone way too fast and I don’t want it to end so quickly.  I am looking forward to the rest of the team meeting us here though.  It is something to look forward to, but it also means it’s coming closer and closer to going home.