Friday we didn’t get up to a whole lot during the day, mainly just trying to relax and recover from injuries bruises ect. Sam, Helen and I did go out for a short walk, and some Lunch at a sushi restaurant.  I had some nice salmon and prawn dishes, still looking for some cooked tuna dishes but can only seem to find raw one.

We also bumped into Soke Sensei at the 2nd street store (the second hand shop).  He was joking about being bored waiting for his wife to finish shopping and looking for things.  We had a bit of a talk to him just about the typhoon and Soke Cup and things like that. Was funny seeing him out and about, he has a funny sense of humour.

That night was possibly our last session with Soke Sensei as we still don’t know about Monday morning yet.  At the start of the session it was quite full on.  Partner work, started with some basic stepping and keeping the timing, we then did some fast laps of just stepping forward and attacking and the other would just block as they stepped back. literally just chasing the person to the back wall, we did a few laps of that. Then we got into some kicking laps of speedy kicking, then some kicking and countering, after the kick. We did done two laps of each progression, and by the end we were all drenched in sweat, and this was only the first 15 minutes of class.

I quite enjoyed the high intensity work out, I kind of wanted to do more of it. But we then got into kata started with Kihon kata ich and all the way to shihohai.  Speedy kata, which makes you feel so out of whack.  Your technique is never stable or strong, mainly getting through the kata as quickly as you can. Once we got to Shihohai we did the basic timing, going up to chinto in our own time. I was mainly focusing on keeping my heels down during stepping and working on my shime and hikite. It was good kata practise time for Soke Cup, so I spent more time on my chosen kata; looking at the little detail, speedy areas of the kata and where to slow it down more.

We then broke into some groups Sam, Helen and I were with Mark Sensei from the Blue mountain.  He took us through the advanced kata again but in more depth, details, correct position and what certain moves and attacks are meant to be doing giving us more knowledge about the kata.  We spent more time on Seisan, Bassai and Neseishi dai. I found this very helpful to tidy up my kata.  Thankfully only a few tweeks nothing  major, but things I wasn’t aware of.

At the end of class we done some souji as you can see we are getting better and better every time. Also got to take a few group photo’s with Soke Sensei. 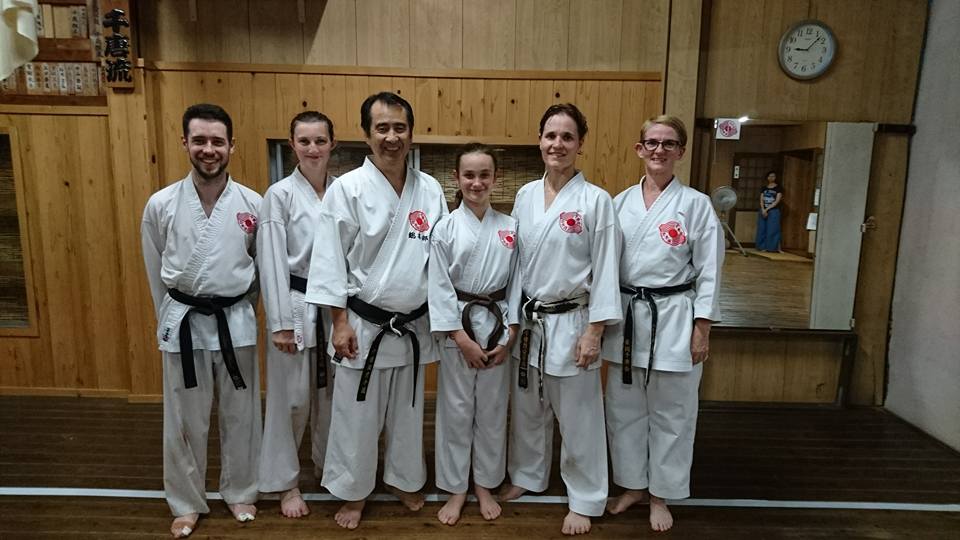 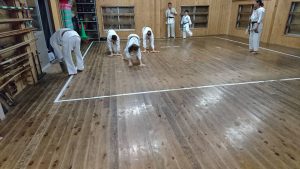 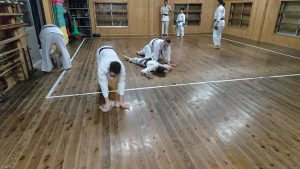 Saturday morning Semi led us through some stretches again.  After that we did some preparations for the typhoon, just brings stuff inside and tying up the window covers outside. We headed of to the zoo catching the train, then the Tram about a 45 minute ride to get there. There wasn’t a hole lot open that we could see, we did see some elephants and giarffas, and a few other animals.  It was nice just getting out and doing something though. I got a nice little snack and snow cone from one of the food stalls there, which was actually quite yummy.

Sami found her little ruby, a pet from the gift shop that she’s gotten the past two times she come to this zoo, but each time she looses it.  She’d better not lose this one. From the zoo we went back to the city centre and had a look at the festival, there was a lot of food stalls, that looked quite interesting, and a lot of sporting activities set up as you can see Sami participated in some of them, looking good really hacking them. 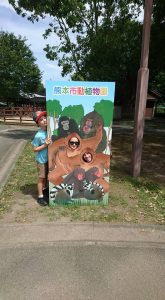 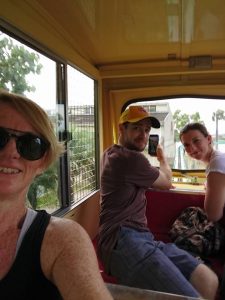 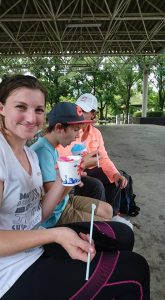 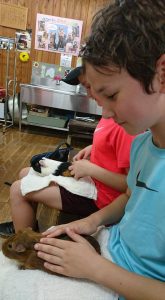 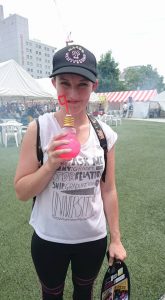 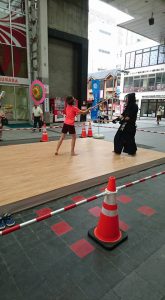 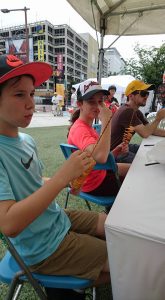 After such a long day we did some food shopping and headed home to rest our feet and have some food. I got a little bored so I went out and watched the Sunset at around 7:10 pm. Sam joined me, we pretty much just done a lap around the park. It was so beautiful though, half the sky looked like a calm storm and the other half looked like a beautiful sunset, blue sky with some orange clouds. 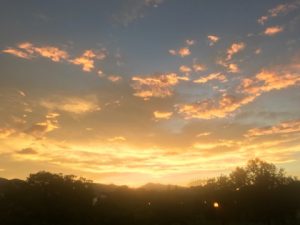 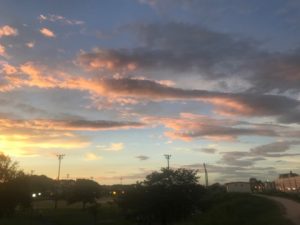 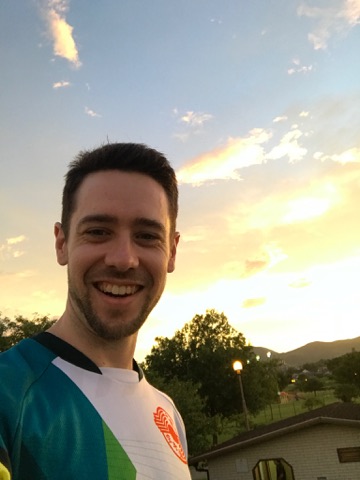 When we got back Sam, Helen and I decided to go back to the festival, just for something to do.  To see if there was any parades or anything interesting to look at.  There wasn’t a whole lot, we saw a lot of the dancers all dressed up and fancy.  There a clown make up on and some pretty cool big costumes.  And a really impressive mime dancer, that had some crazy body control, was incredible to watch, hopefully I can upload the video. After that we pretty much just headed home. 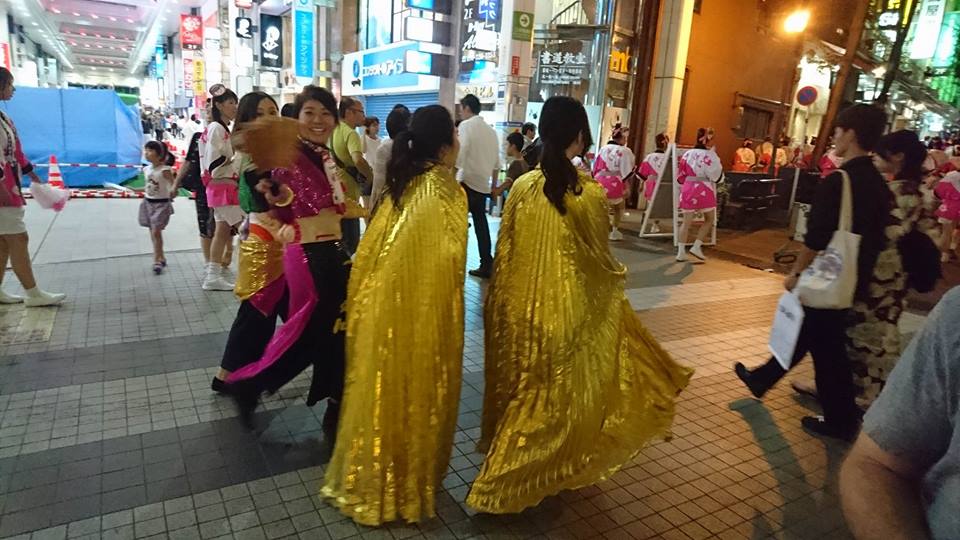 I’m sitting here now Sunday Morning in my room listening to the wind outside blowing things about. We are home bound for the day, don’t know how i’m gonna get through it as I’m not the type of person to sit inside all day.  I might go down and do some kata practise I guess.  Its handy having the dojo just down stairs.  If the weather turns out to be good, we might have Kobudo training at the hall, but I kinda of doubt that’s gonna happen. I am really hoping that we have morning training tomorrow though, just to have another session with Soke Sensei.  I have been enjoying them a lot and want to take advantage of the opportunity to take in his training as much as I can while I’m here.