We started the day with another great training session with Soke Sensei this morning. It was only a short seiza this morning (about 15 minutes) but it is definitely getting easier. This was to be our last morning training though as we have to leave very early Friday morning. I’m definitely feeling like things are starting to come together for me, Some of the things I have been working on this week got a slight nod from Soke Sensei this morning so I’m happy to know I’m moving in the right direction. I’m still ridiculously, embarrasingly slow when it comes to speed training.. especially kicking and kihon dosa yon! That’s something that will only improve with time and doing alot more of it I think. We did the usual routine, Basic punching, stepping in Sansin dachi, seisan dachi, shiko dachi, Kosa dachi, neko ashi dachi, rinten, rinten hanten, then repeat the above with punches, then all of the beginner kata at speed (Kihon dosa, kihon kata’s, seiken no migi hidari, zenshin Kotain, shi ho wari, shime no kata) then a quick break and then into kata practice, going from shi ho hai up. Because I don’t know as many kata as Sandra Sensei and Todd Sensei, I have a bit of spare time at the end to go over the bits I need to work on or any feedback I have been given. There has been alot of focus on Tenshin for me this trip which is a fairly new kata for me. I’m definitely feeling alot more confident with it than I was when I arrived! After kata training we do a little bit of Bo.. for me mostly just shaolin today, I am still not very good with this, especially turning but I have figured out how to do rinten since being here.. however slowly it may be! You have to start somewhere right? The last part of training is speed kicking the long length of the dojo.. OMG, do I feel unco-ordinated doing this next to Sensei’s Sandra and Todd!
After training I came upstairs and wrote up some notes and tried out a few more things, mostly where I have been given feedback for one kata, how that applies to parts or all of other kata. I was just wondering what I might do with myself for the day when Sandra informed me that we were to do some gardening today. We had previously asked if we could do anything to help out around the place before we left so this morning we were tasked with weeding the back yard. 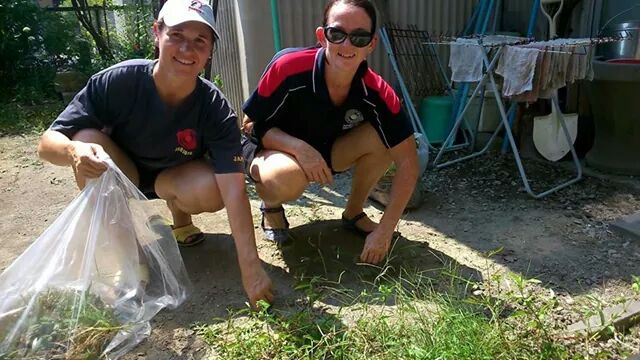 Sandra and I hard at work

We got straight to work and had been working hard for awhile when Soke Sensei came out and told us we were going for Sushi for lunch at one O’ Clock. We both nodded and said thank you, and carried on as we were until Soke said… ‘now’! We had no idea we had been at it for so long! We raced upstairs for a quick change and wash and went out to a local sushi restaurant with Soke Sensei. The sushi was delicious and so fresh, but the plates just kept coming! I was so full and Soke kept putting plates in front of me. They have a game at the Restaurant, as you finish a plate of Sushi, you slide your plate into a little door at the end of the table which automatically counts how many plates you have had, for every five plates you are entered into a random lotto type game and you can win a little plastic toy. I was so full I could barely move and Soke Sensei said.. we just need a couple more plates for another game! 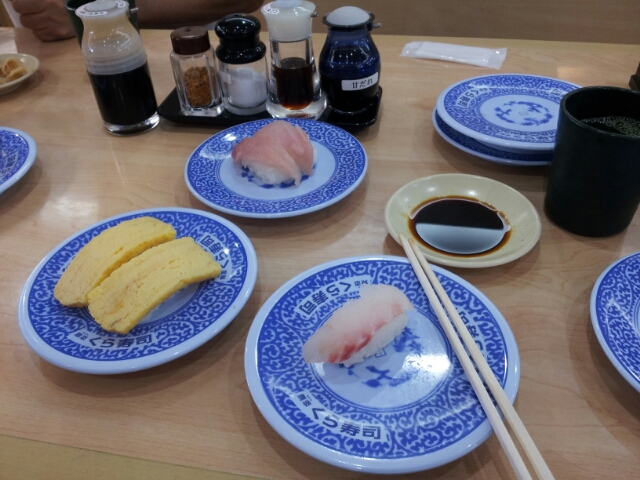 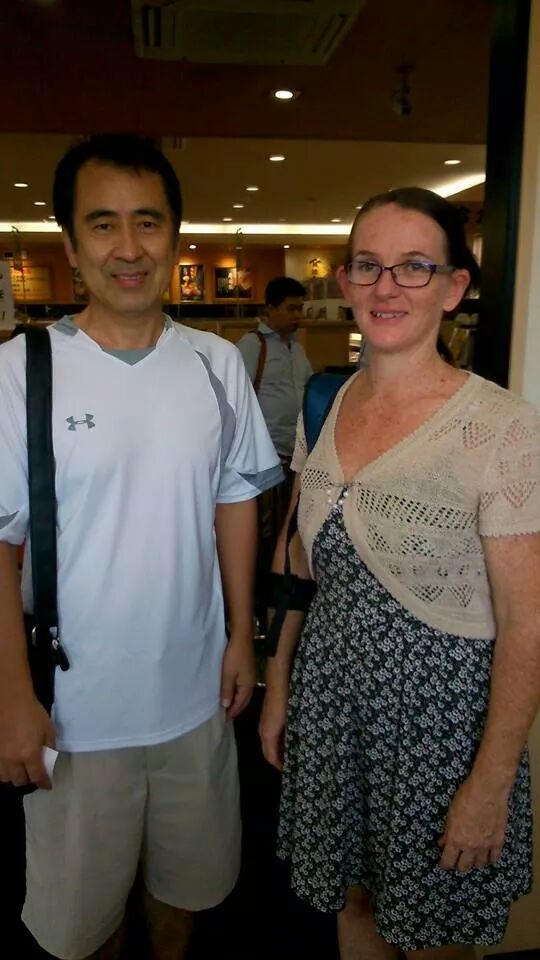 With Soke Sensei after lunch

After lunch i had a quick rest to digest a little bit while Sandra called home for a chat but I could feel my body starting to seize up so I decided it was best to just get straight back into it. We were finished in an hour and had showers and a rest and caught up on our blogging before the afternoon classes started. 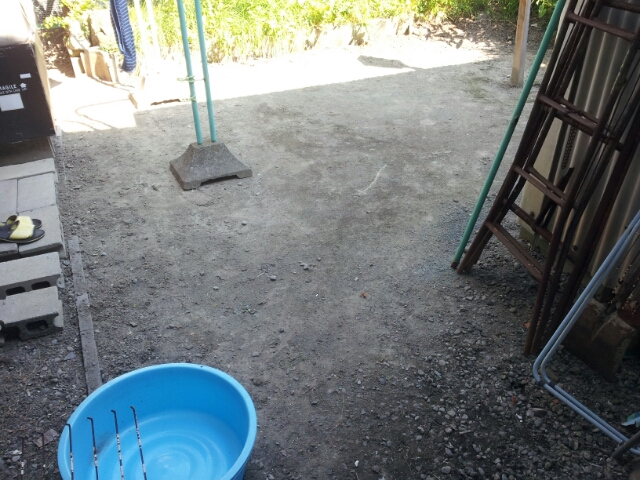 The Kids Class with Naoyki Sensei was lots of fun as usual. We started off with some rolling, I spent a bit of time watching and stetching before I joined in as I was a bit stiff after the gardening! After rolling and break falling practice on the mats we packed them away and did some Kihons, basic stepping punching and blocking and some Kihon Kata. 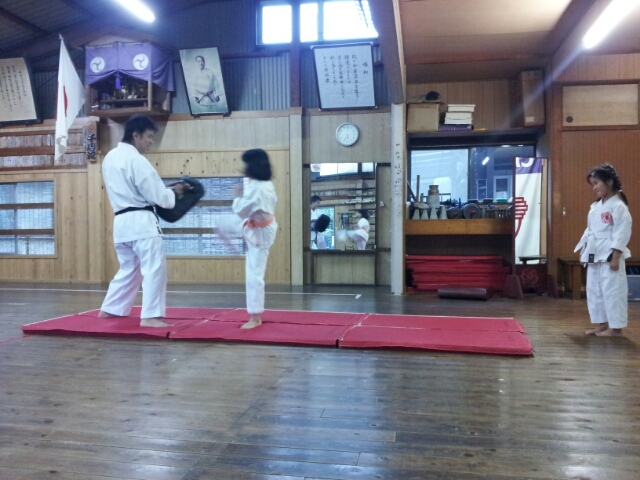 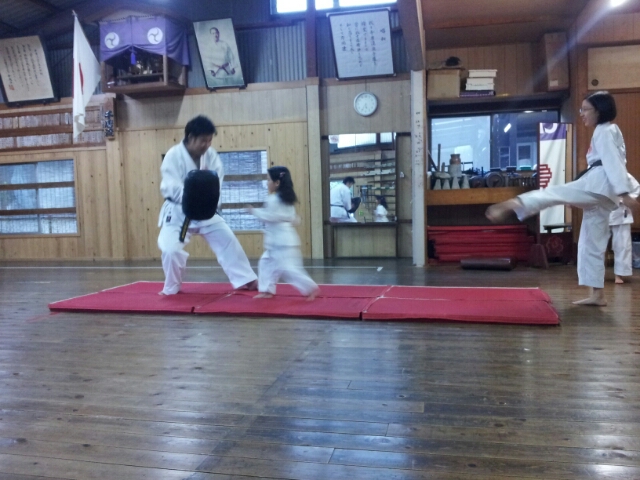 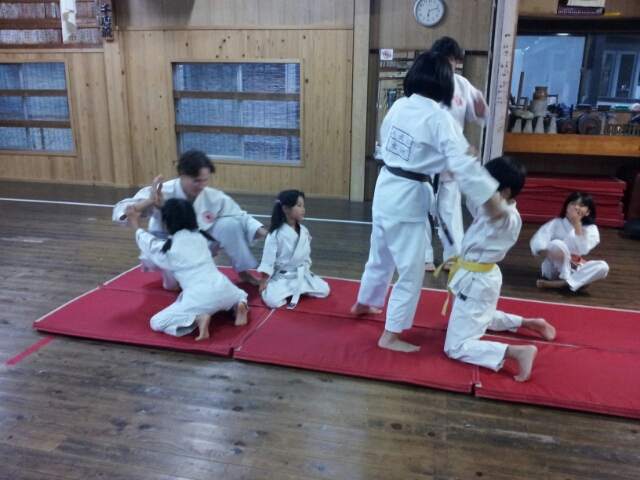 The Adult class with Soke Sensei was structured much the same as the morning class, there were 5 black belts and two brown belts in the class tonight, I felt a little bit better about the speed training and Bo when I realised no one else could keep up with Sandra Sensei and Todd Sensei either! I felt a bit fatigued tonight so my training wasn’t ideal but I still focused on the things I’ve learned while I’ve been here and I’m slowly chipping away at some of them. It was great to see Keichiro Oda in class tonight, Keichiro came and stayed with Sensei Sandra and Sensei Martin for a few months back when I was a white belt. Since then we have seen each other a few times at Soke Cups and Training trips. Todd Sensei and Goshi Sensei also joined us for class tonight. It was great to train with them all one last time. 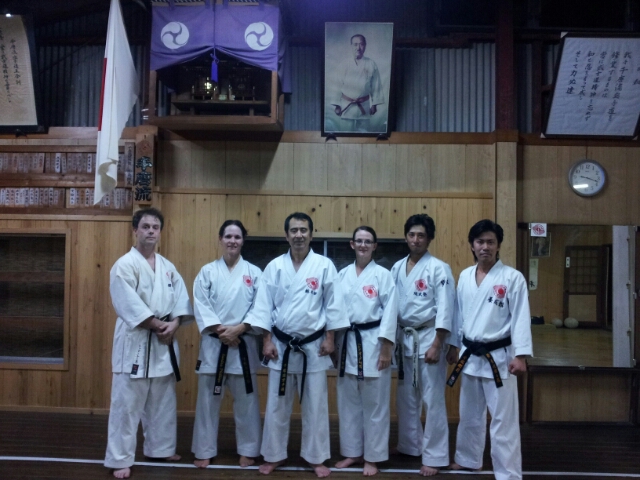 Tomorrow is a fairly free day for our last day. I hope to head in to the Kamitori/ Shimatori one last time and then come back and pack. After Minowa Sensei’s class tomorrow night we are heading to an onsen with her so I think it will be a late night, and then we have to be ready to be picked up just after 6 on Friday morning to head to the airport.. I guess there is always the flight for sleeping! I would like to be pretty much packed up and ready before class starts on Thursday night